June Preview — The Voices of Heaven at The Gospel Quartet Series June 23, 2013 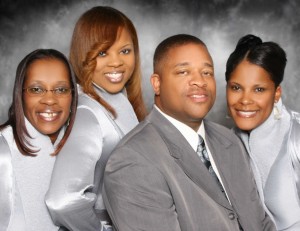 The Voices of Heaven from Bolivar, Tenn., are one of the Memphis area’s best kept secrets. After their TGQS appearance, this group of talented and gifted musicians featuring the Ellison Sisters joined by Pastor Frederick Perry will no longer be a secret. Their first project was produced by Mr. George Dean, the Stellar Award-Winning producer. Our favorite single from the project is the title track “Don’t Judge Me” which has proven to be an important driver of the group’s nationwide success. The group is well-traveled and has performed in Missouri, Kentucky and throughout the Midsouth. In this rare Memphis appearance and performing on June 23, 2013 during The Gospel Quartet Series, the TGQS family is delighted to introduce and present The Voices of Heaven.